In 2011 Karen North was a 28-year computer science, math, technology systems and business teacher. She is an officer with ISTE SIGCT and is on the CSTA Committee working on K-8 Model Curriculum. She is currently a Technology Specialist at an elementary school in Houston ISD, allowing her the opportunity to put into practice her CS research on the K-5 level. Ms. North began her advocacy for computing in the 1980s programming BASIC, Logo and the T.I. Calculator in math courses. She also sponsored the recycling club at her school and is chair of the education committee for Keep Houston Beautiful. Retired now still advocating for outdoor and computer science education. See her home site www.build-a-brain.com for her on going advocacy. 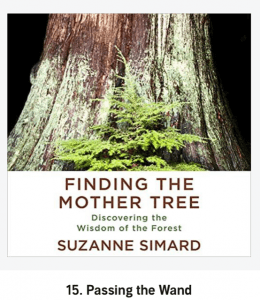 I found solutions to building networks for NCWIT Aspirations in Computing by listening to “Finding the Mother Tree” as I garden.  So reaching out to my mother tree friends. We need mentor circles for parents and teachers who have grown winners. We need student leaders like Adriana who is growing mentor circles. Chapter 15 talks about passing the wand.  Anyone who knows me who wants to be a leader, please send me your root along the Internet pathways so we can scale https://knorth.edublogs.org/learn/ncwit-aspirations-award/ … thank you, thank you for what you do for our children!!

Leaders communicate immediate action and do not say will plant the seed tomorrow. For me that means when I have an idea I post it before my mind loses IT, applying the time management rule “If it takes less than 5 minutes to do, do IT immediately.” On the long term we need citizen scientists and the mothertreeproject.org has ideas. School to prison pipeline and other problems in schools can start with one simple step: Make community service part of accountability and graduation requirements.  Time is needed in classrooms for teachers and students for project based learning which is free.  In my school district they boosted that Data from the 2020-21 Texas Academic Performance Report showed that 70% of SBISD students are reading on or above grade-level. What about the other 30%? What can you do to help each seedling?  Attention to details – that is something computer science builds the mindset for. It this in your time-frame?

Life is short, and you do not have much time to gladden the hearts of others;
So be swift to be love & make haste to be kind.
Why do school have to be an everyday day? – “The Lincoln Highway” Chapter 9

Here’s Looking at you, Kid 🙂 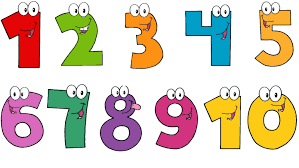 I am taking the time to read CASTE.  The section about Alpha dogs really hit home for me. To think if I had not taken the time to join an AAUW book club, I would not have rediscovered the connections to my past teaching years which is told by Mia.

TIME for TEACHERS to be the DECISION MAKERS

In 2014 Van Jones and Prince founded #YesWeCode (now Dream Corps TECH) to connect the genius found in communities of color with the transformative potential of the tech industry.  Prince was called Skipper in elementary school.  He said teachers need to get more money.  The power of Story Telling!!! The power of using history to create change.

TIME for Peace, Love and Kindness

Dialog is the catalyst for innovation and peace.

We need a Clubs main menu tab on all school websites to provide an opportunity for students to collaborate with other students on learning:

Code/Art Self Portraits created by middle school students under the leadership of Code Ninjas Tanglewood mentors.  What art can your child code in Python?  Please support the Governor’s CS Initiative to bring computer science to your school.

Everyone can be friends. You just have to find that 1% common connection through taking advantage of the opportunity to have a conversation driven by your curiosity. Kindness and beautify of others are the keys.

Time is the most limited resources.  One must take the opportunity to do things in the moment.  Like helping my neighbors’ son Lucas learn how to create a website for my Technology Curiosity Museum.  How do we preserve history? Inspiring our youth to learn about the past through story telling.  100 years – that is a long time.

Today would have been my mother’s 100th birthday. In celebration, I would like to put in a memory bench and trees on the Patti Lynn – Robin Lake pathway where I currently am blessed to look at each morning as I drink a cup of coffee and listen to the birds in the beauty of nature. This would also include a dedication to Bill and Elra Eckhardt (1956), Margaret and Elmer Milz (1962), and Tom Masterson (1961) who were part of my parent’s, Jack and Dorothy Kerver (1959), beginnings and endings in Sandalwood. Everyone can build on 8 million stories.

I took the opportunity to attend a breakfast with my school district superintendent and a workshop on advanced academics. I learned so much which is better shared F2F in a conversation.  Taking the time was partly motivated by

re-reading parts of Gates book “Showing Up for Life” before I gave it to the Memorial High School Wellness center. The coordinators of this center requested self-help books at a MHS PTA meeting.  That is what gives me joy, when someone asks to say yes.

How have computer input devices and memory changed over time?

You can find answers in the Technology Curiosity Museum on display in the library at Spring Branch Middle School during CS Education Week Dec. 6-12th.

Why a Technology Curiosity Museum? To inspire a student to ask questions. It is touch and explore to motivate you to learn more. In middle school Michael Dell saw a teletype machine that inspired him to learn about computing.  Hopefully students will see something in this museum that sparks their interest.

What Robots did you see in the museum?  Can you add to this timeline?

Michael Dell is a 1983 graduate of our SBISD Memorial High School. At the age of 15, he purchased an early Apple computer to take it apart to see how it worked. He helped launch the personal computer revolution in the 1980s with the creation of the Dell Computer Corporation. Learn more about how he did it from this interview.

I too am a 1966 graduate of MHS, my brother graduated in 1965 and my grandson will graduate this year. My brother, like Michael Dell was an entrepreneur. The computers in this museum are from my brother’s Computer Base stores started after writing software for his construction business in 1970s. Learn more about Jim Kerver at the Coffee Shack in Hawaii, his current venture.

What computer input devices do you see in the museum?

1977 Apple starts. Being able to have a computer in my classroom to program in Logo and Basic was my inspiration to become a computer science and math teacher.  Keypunch cards are from 1968 when I programmed a mainframe at the University of Texas. The exhibit includes historical software, peripherals, and these computers:

Dance is a key to challenges and curiosity! Hunters Creek ES 2018

One key to future success will be your ability to understand and innovate to create solutions. That is why you should learn about computer science!!

Can you create a Timeline about your past and future computer history?

Your Career, Your Future! May 2015 SBMS Presentation
My history began when my children were in elementary school. Today they are a math teacher, a music teacher, and a magazine editor. My grandchildren are in Kindergarten, 6th grade, 10th grade and 12th grade. My brother was in construction and wrote software to run his business.  No computer store in town, he started one.  That is where my father’s first computer came to his house and mine.  My other brother was a programmer.  Stories need to be told. Classroom teachers are heroes.  Please write a thank you note to a teacher from your past, as storytelling is your superpower.

A little history – note the dates when created: 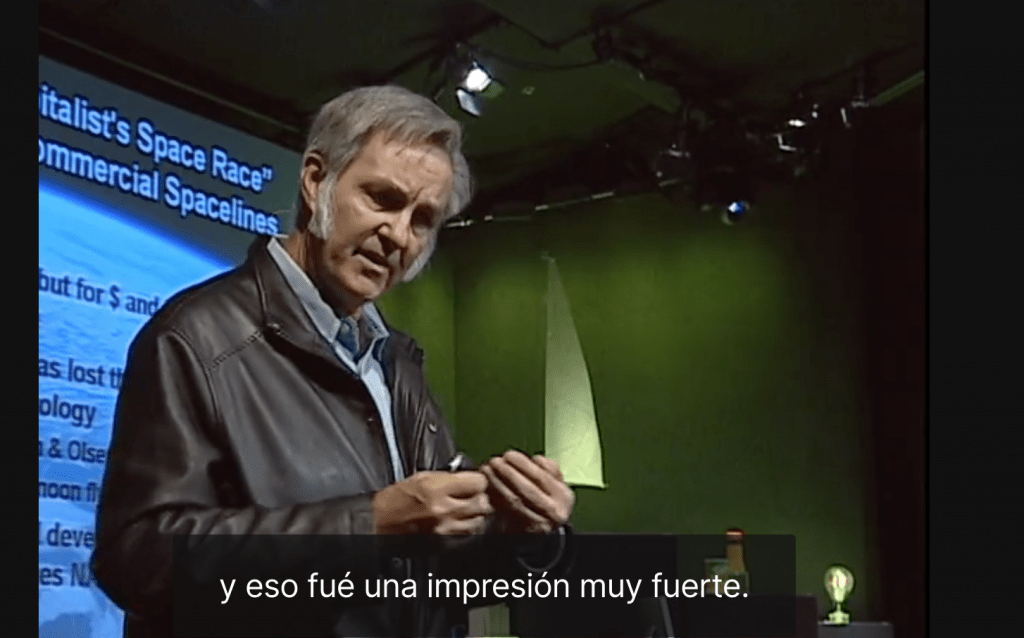 LEARNING FROM HISTORY IS THE BEST WAY TO LEARN … 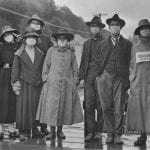 For a small amount of perspective at this moment, imagine you were born in 1900. When you are 14, World War I starts, and ends on your 18th birthday with 22 million people killed. Later in the year, a Spanish Flu epidemic hits the planet and runs until you are 20. Fifty million people die from it in those two years. Yes, 50 million.
When you’re 29, the Great Depression begins. Unemployment hits 25%, global GDP drops 27%. That runs until you are 33. The country nearly collapses along with the world economy. When you turn 39, World War II starts. You aren’t even over the hill yet.
When you’re 41, the United States is fully pulled into WWII. Between your 39th and 45th birthday, 75 million people perish in the war and the Holocaust kills six million. At 52, the Korean War starts and five million perish.
At 64 the Vietnam War begins, and it doesn’t end for many years. Four million people die in that conflict. Approaching your 62nd birthday you have the Cuban Missile Crisis, a tipping point in the Cold War. Life on our planet, as we know it, could well have ended. Great leaders prevented that from happening.
As you turn 75, the Vietnam War finally ends. Think of everyone on the planet born in 1900. How do you survive all of that? A kid in 1985 didn’t think their 85 year old grandparent understood how hard school was. Yet those grandparents (and now great grandparents) survived through everything listed above.
Perspective is an amazing art. Let’s try and keep things in perspective. Let’s be smart, help each other out, and we will get through this. In the history of the world, there has never been a storm that lasted. This too, shall pass.

A trip to the original “Mayberry”

Babbling on … I do that when I see a neighbor or hear from a friend.  For me it is brainstorming.  Afterwards sometimes on second thought, I regret what I said.  I fear it was perceived differently from what I meant.  What is the secret language with people – trees have a secret language.

Babbling on is a quote from Chapter 7 “The Beekeeper of Aleppo” our October 2021 AAUW book for conversation.  … adventure and curiosity … war … building things together.

Friends, when I babble on, please let me know.  I am working on tolerance and patience and I need to know what you think as that is the best way to learn and grow from our differences.  Help me to pause, breathe and listen as I do tend to go on, and on.

Music and Flowers on my Pathways

WANT: I ran into 4 angels today on my Bella walk pathway.  Now I can share the answer.  I want to be able to live by myself when I am 90 and not be a burden to my children and grandchildren. Asked a friend and she said, “I want to be able to sleep all night.”  I did a high-five as I do too.

OBSTACLE Roadblock:  Listened to Brene’ Brown. Watched a Masterclass on sleep and one solution is to write down worries.  Stress trying to do too much. Trying to decide if my times goes into free discussion or if I should censor my voice. My problem is I act on too many ideas, I do open my mouth. But then maybe that is what I want, to have fun sharing my ideas and find little steps I can help others where needed.

NEED: Educated voters!  Listening to 21 Lessons for the 21st century that inspired me to going to continue on my quest get laws in place.  We can ask these excellent questions form Chapter 7 and start the discussion in high school classrooms.

“If the politicians don’t understand the questions, or talk about the past instead of vision for the future, don’t vote for them.” – Why not use 5 simple words instead? I don’t agree with some of the ideas in this book such as the Post-Truth and Science Fiction chapters. Would love to have a chat about this. 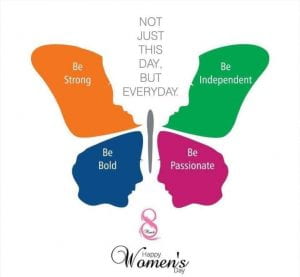