The best donation … give your TIME.  Be a CODE BUDDY.

Once a student can see what they create, right before their eyes, they’re empowered to keep going. Every 21st Century student should have the opportunity to take part in creating technology that’s changing our world. The panelists at the TRC Meeting shared ideas that can be scaled to make this happen, such as a CTO for computer science. The proclamation from the mayor of Houston capped the event by proclaiming December 7-13, 2015, COMPUTER SCIENCE EDUCATION WEEK.  Celebrating is easy to implement with … 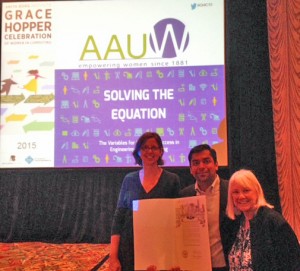 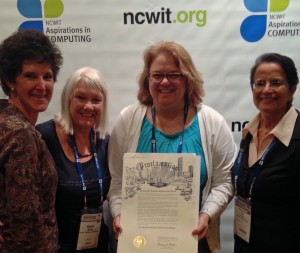 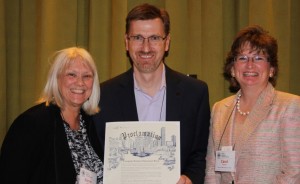 WHEREAS the Texas Alliance for Computer Science Education (TACSE) is leading a grassroots statewide effort to educate all Texans about the value of K-12 computer science education; and,

WHEREAS, today, women fill close to half of all jobs in the U.S. economy but hold less than 25 percent of science, technology, engineering, and math (STEM) jobs; and,

WHEREAS, the American Association of University Women (AAUW), founded in 1881, is an organization that serves as the nation’s leading voice in promoting equity and education for women and girls; and,

WHEREAS, in a world increasingly dependent on technology, computer science is crucial for every student;

WHEREAS, each year, Computer Science Education Week is celebrated in December in observance of Grace Murray Hopper, a major female contributor to computer science, and to call attention to the need for improving and strengthening computer science education. During the week of December 7-13, 2015 AAUW Houston will host a Hour of Code for women and girls to education them about computer science for one hour; and

WHEREAS, the City of Houston is a strong supporter of STEM initiatives and commends the American Association of University Women Houston and the Texas Alliance for Computer Science Education for its leadership in STEM Education, 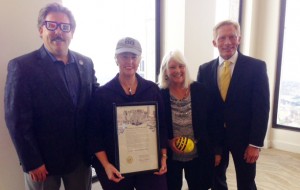 And continuing this outreach, would love to find a business that wanted to sponsor CODE professional style Polo Shirts like the one from the Nov. 2015  Super Computer Conference in Austin. 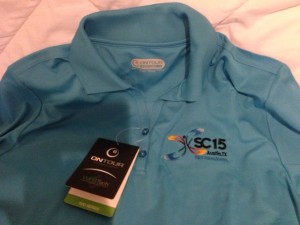